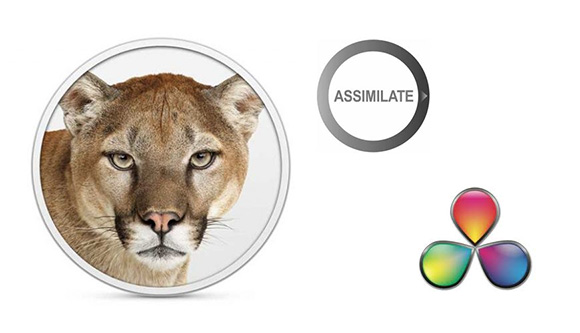 Thanks to the forums over at LiftGammaGain it appears that there are reports rolling in of issues with CUDA and OpenCL performance with the newest Apple OS X update 10.8.3.

The recent update causes applications like Blackmagic’s DaVinci Resolve when using Nvidia GPUs. An updated Nvidia driver for OS X 10.8.3 seems to clear up this issue.

The Assimilate Scratch team seemed to offer up this e-mail, cautioning Mac users to hold off on the OS X update this time around.

Apple just released OS X version 10.8.3. We found that there are several issues with the OpenCL implementation of that build – giving poor performance on the NVidia graphics cards. Until further notice we do not recommend upgrading.

thanks,
The Assimilate Team

There has been no reports on the effects of OS X 10.8.3 on graphics reliant Premiere Pro, After Effects, and Speedgrade but if you’ve experienced problems then I encourage you to post a comment.